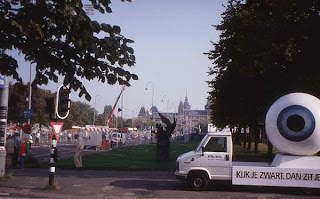 Just about this time of year, late in the twentieth century I was in Amsterdam, so old and so new. I'm always impressed how Europeans, those people living in what some here in the U.S. refer to as "Old World" manage to keep it fresh and contemporary. Witness my little blog post on the stenciled walls of the Oude Kirk and the Tropenmuseum: a study in contrast.

Please come right in and straight up the impossibly steep stairs. I'm pouring you another glass of one of those delicious Dutch beers and inviting you to gaze out the window of my temporary digs in a 17th century Dutch canal house. There right across the Oudezijds Voorburgwal canal is the Old Church, the Oude Kirk, the oldest building in Amsterdam.

OK let's go back downstairs across the canal and to the church. It's a short walk. Step inside where it's rather dark and a bit cold which is apparently just what some creative parishioners thought and so they stenciled warm and bright patterns here and there. 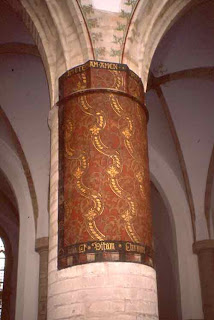 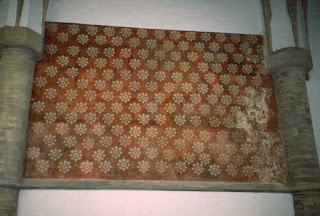 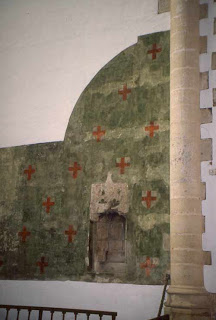 So that's some of the old painting in Amsterdam. Get on your rickedy old bike and let's go over the the Tropenmuseum for some nieuwe. 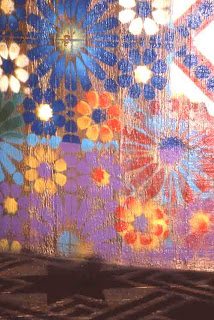 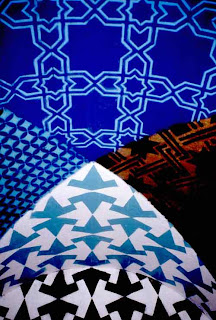 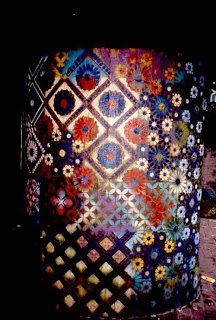 Now would you do me a favor and stop using "Old World" in conversation or anywhere else. I sort of loathe that term. It's so meaningless. Do you see my point?
Posted by Scott Waterman at 2:19 PM