Kia..what?  It had been a while since I’d created a commission for the interior designer, Amelia Handegan, and as if to make up for lost time this was a big one, a large mural and several paintings for the River Course Country Club on Kiawah Island. 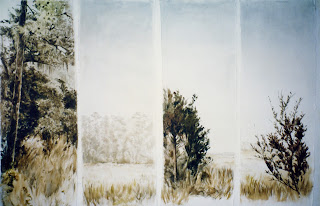 Four panels from my Kiawah mural 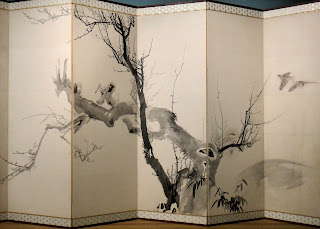 My original rough sketch ready to be faxed.

It was a short cold winter day ending in that kind of absolute darkness you only experience far from light pollution, the night lights of city living that I’m so accustomed to.  All the roads were lonely, mostly deserted, so I had no choice but to trust the directions that sent me further into oblivion. By the time my rental car reached the Island I was practically giddy with anxiety. But a beautiful cottage, stocked with food, cozy and inviting, restored me after my transcontinental flight and ramble in the car. I was here in the low country to meet Amelia and Leonard Long, the developer, to find out what they had in mind, to pass muster, and to make a proposal on the spot. All went well and I was sent back to my California studio to create. 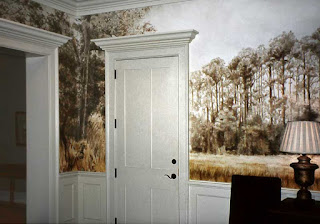 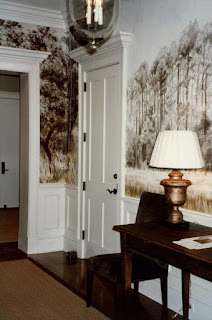 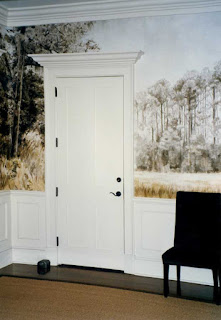 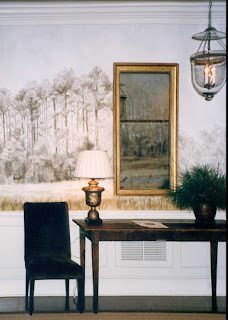 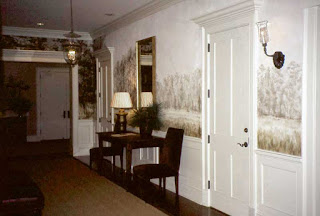 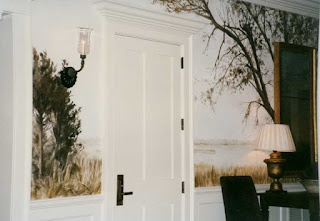 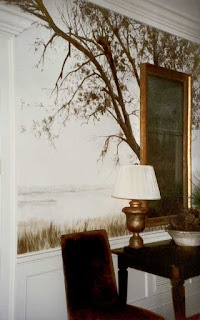 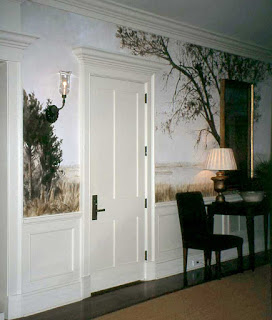 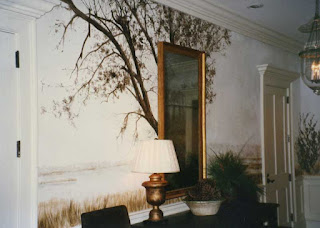 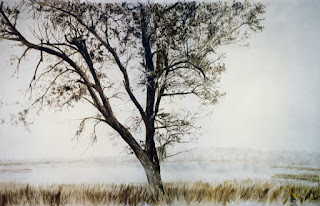 “Just get it up, get it up!” If memory serves that’s what Amelia told the installers when she saw my mural unrolled. If it’s on the wall she reasoned there’d be no turning back. The developers wouldn’t be able to reject my work as she felt they might. Too radical? Not country club enough? Probably. I’m not sure. Anyway, not only am I not a landscape painter but my background is purely fine art/ art school, no special training in painting technique. The work is essential made up of abstract expressionist gestural painting mark making and washes. Who does that? Well, a lot of people, Jackson Pollock, Helen Frankenthaler, even traditional Japanese brush and ink painting but not the sort of thing you see in local South Carolina artist where grass always means green and the sky is sky blue. That’s exactly what they got for the additional paintings, not part of my commission as it turned out. 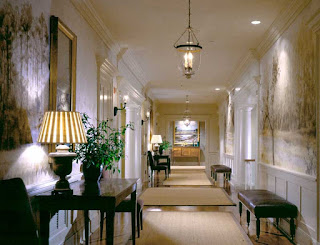 A professional shot looking straight down the hall,
my mural on either side. 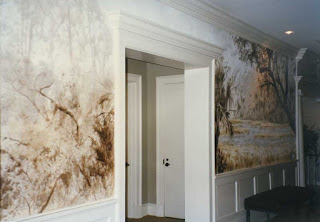 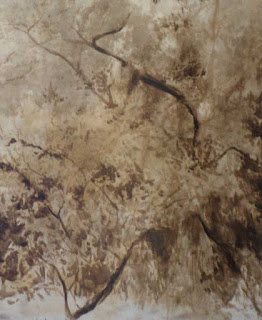 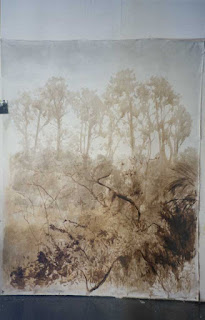 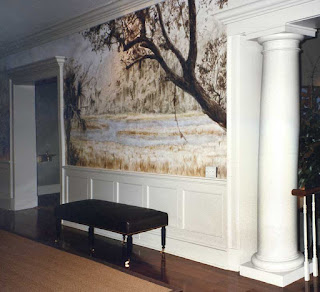 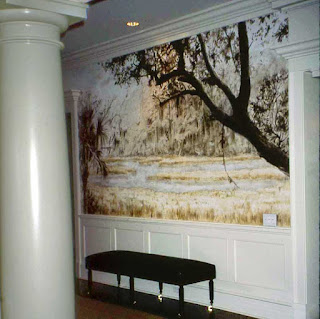 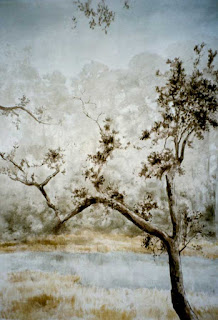 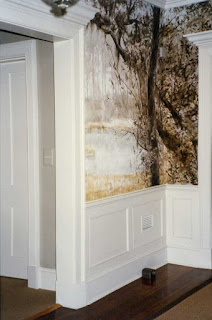 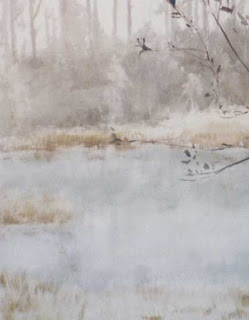 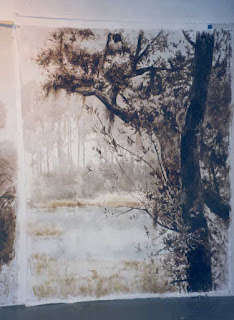 Above: view of the mural on the opposite wall,
including details for comparison to the Ab Ex's.

Painted in 2006 by 2010 all went up in smoke. Well no, they saved the blue and green paintings but my mural and the structure: a total loss.  Looking back over the photos my work still looks good to me and it lead to a number of other commissions. The project nurtured my intuitive sense of Wabi-sabi, to trust my instincts, and let go on a big scale. The wild low country landscape is part of my DNA at this point, a metaphor for much in life, our lack of control in the grand scheme of things: Nature with a capitol N as Frank Lloyd Wright was fond of saying. 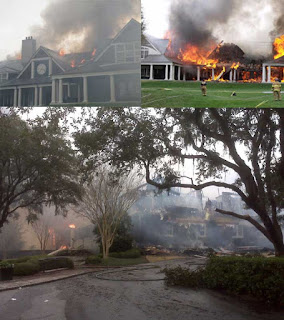 The finished clubhouse above and the beautiful disaster below.

Well you do enough talk
My little hawk, why do you cry?
Tell me what did you learn from the Tillamook burn?
Or the Fourth of July?
We’re all gonna die


Posted by Scott Waterman at 7:17 PM No comments: