I flew round trip LA to NYC recently and watched on the plane:  Arrival, yet another Amy Adams movie. Trippy. The movie was trippy. I guess my trip was trippy by default and like the story told in the movie I experienced time in something other than a strictly linear manner. It’s Spring as I write this. The seasons turned to Spring while I was in NY but it was a wintry Spring, mostly. 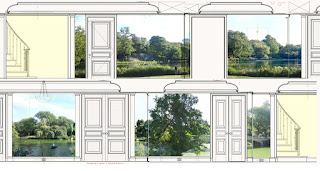 Last winter I completed a mural for an apartment on Central Park South. The subject matter is contextual, it’s the Park. The mural consists of eight panels that line the entry gallery and stairwell. The compositions are the direct result of a walk in the park lead by a knowledgeable guide from the Central Park Conservancy. I had a certain criterion for the trek. I needed a number of views across water to get enough panoramic width to satisfy the area I had to cover. Then I needed height for the stairwell itself and came up with a grotto motif for under the stairs. If you know Central Park you can pick out specific identifiers in the mural that are unmistakable and this was another directive to satisfy. 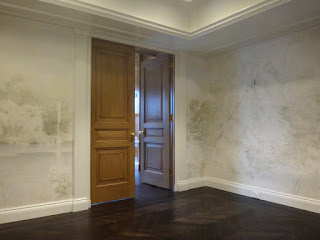 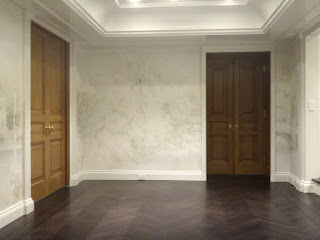 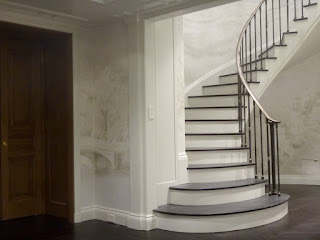 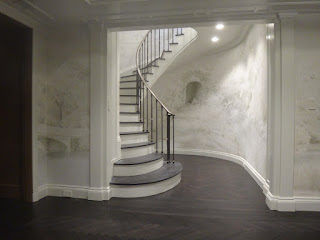 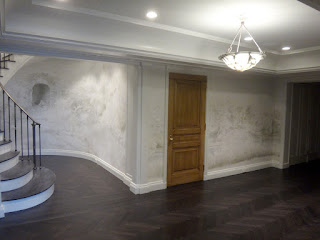 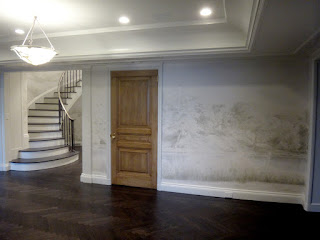 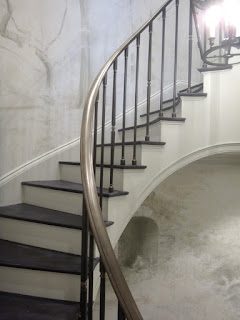 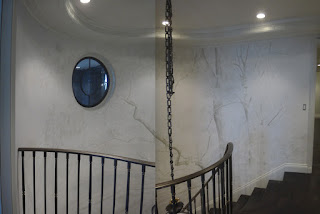 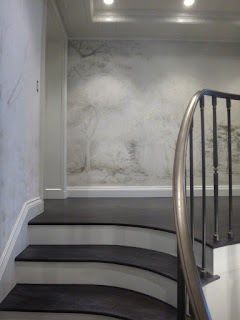 This apartment on the Park is not ostentatious, really. The area of the mural is relatively intimate so it was decided the painting should be sophisticated, urbane, yet low key. The palette is grisaille but actually consists of color washes created from three distinct hues, a warm, a cool, and a neutral. The value range is so narrow that at times the composition seems to vaporize before your eyes much like the space craft in Arrival. Have I come to the realization that it’s more important knowing what to leave out of a painting? What do you think? Is there anything there, really? 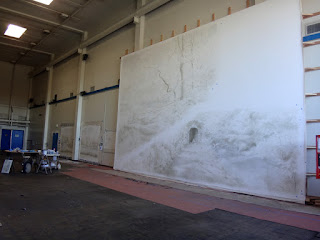 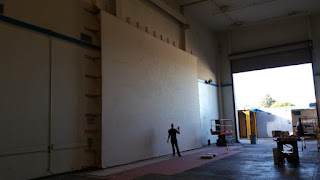