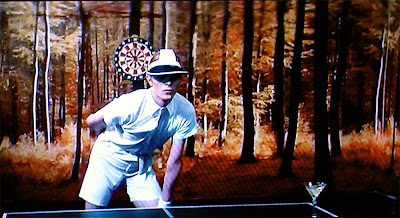 Looking down from any high rise structure in Atlanta clearly shows a city built in a forest. Atlanta loves its trees and gardens. It definitely took edge off city living and attracted me as a student in the late 70s. I later found out Frederick Law Olmsted of Central Park fame had big influence on the city's tree culture (starting in 1890). In fact his namesake landscape architectural design firm lasted for nearly 100 years in Atlanta. 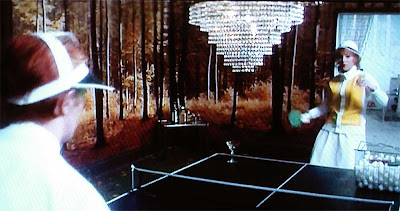 In the early 70s I remember obsessing over the super graphics (painted walls and furniture) and giant photo murals I saw in shelter magazines. By 1976 I was in London and I had the chance to see two of my obsessions together in one place: Nicolas Roeg's The Man Who Fell To Earth. It's amazing to see such contrasts together in one place: a forest in a room with an extraterrestrial (David Bowie). 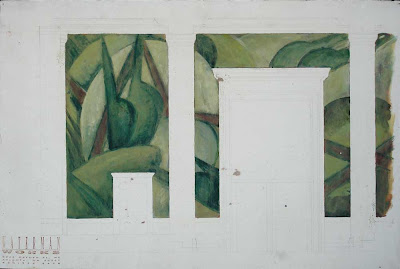 By the early 80s I had finished art school in Atlanta and was starting a career there as a decorative painter. An early assignment was to propose a mural for a new restaurant. Actually it was the newest restaurant for the local (highly successful) Pleasant Peasant chain. They had acquired a beautiful beaux arts building which I realized would make a great frame for whatever I could come up with. I designed two landscape inspired works: one representational, the other abstract. One is based on a 19th c British watercolor and the other a painting by Arthur Dove. 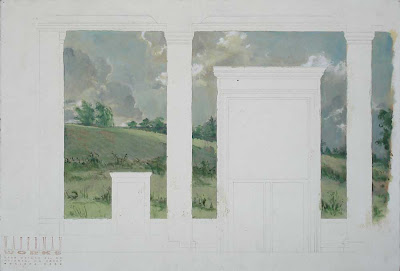 I was new at the game and let the designer John Oetgen present my work to the client. It may not have made much difference had I presented it myself but it left me feeling that much more bereft when I learned I didn't get the job. John assured me they liked the work -the abstract one even better. Steve Nygren, the owner, was undoubtedly very thrifty and as is often the case money was an issue. Still, Steve did drive the fanciest Mercedes and he may have even at that time been saving up to buy his own town (Serenbe) which he subsequently did. And John Oetgen might have liked to design and paint the work himself which he has subsequently done for more that one of his interior design clients.

In the end I'm left with my sketches which I still like quite a lot. I'd totally forgotten about them and the whole incident until recently sorting through my flat files. I think I'd propose the very same thing to day and feel either one would make a very handsome mural.
Posted by Scott Waterman at 1:53 PM 3 comments: