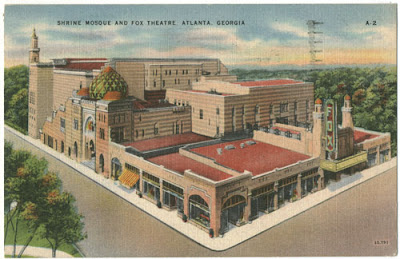 I mentioned in my last post that I wasn't keen on using the human figure in my work. Ironically the first paying gig I got as a muralist I painted a human figure. But it is very stylized, very abstracted figuration. It's taken directly from a surviving Ramses II image from ancient Egypt and I painted it in the Fabulous Fox Theater, of Atlanta. This was 1981 (or '82) and my first exposure to decorative painting. In fact my job at the Fox was rather pedestrian. I was mostly doing house painting for Joe Patton who lived in an apartment in the Fox. Sensing my lack of fulfillment my boss threw me a bone and let me create a mural in a place where one did not exist. He sits over the door to the back entrance to the box office. You would see it if you simply opened a door off the lobby that you're not suppose to -and you have my permission to do so. Tell them you're looking for Ramses in your best Charlton Heston-Moses-voice of authority. 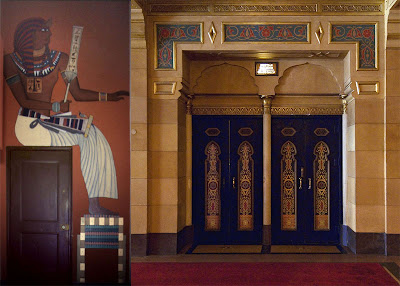 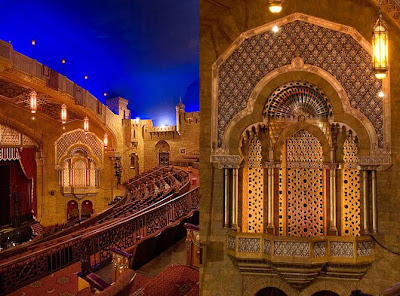 The theater is filled with elaborate decorative painting and it was in the process of being restored by decorative painters but I arrived on the scene a bit late and they didn't really need another decorative painter. Still, it wasn't long after I painted my mural there that I left to work on more interesting projects. And in fact I have used the human figure now and then. I like the use of the figure in chinoiserie because it's given no more importance than a flower or an umbrella. The photos of my screen are sort of terrible so I scanned my original sketches for you: 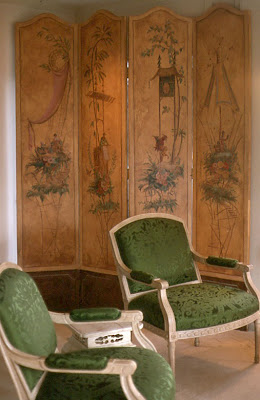 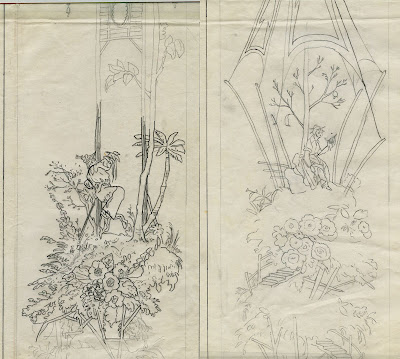 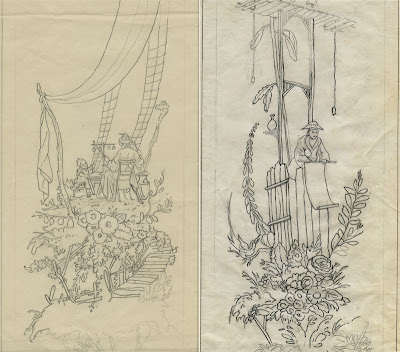 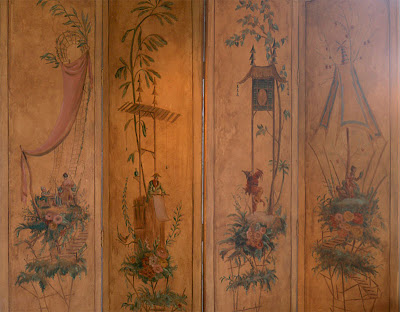 Years ago I painted some guest room beds for a Texas Tycoon, one of the Bass clan. The designer had some elaborately carved Spanish colonial style beds delivered to my studio and I think they must have asked for some figures. I can't imagine why I would have painted them otherwise but I think the beds turned our nicely, especially for a guest room. Don't you think? Would you sleep in it? I used Pontormo as my inspiration. 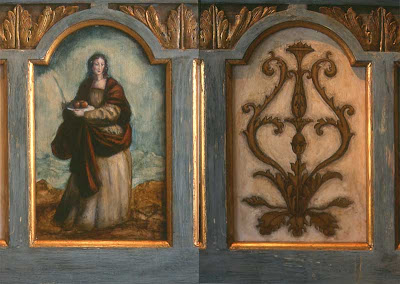 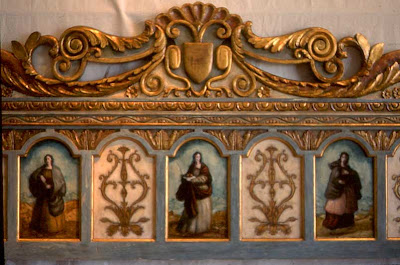 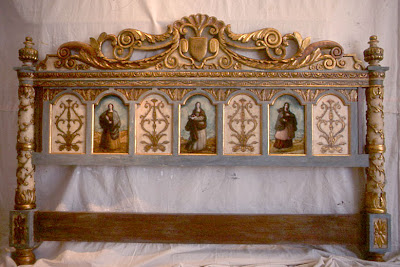 Posted by Scott Waterman at 9:23 AM