Down the rabbit hole you go!

When I was still a student at The Atlanta College of Art The High Museum created a children's exhibit called Spaces and Illusions. Actually it was Mack Scogin, his associates at Heery and Heery Architects, and volunteers who designed and created the exhibit which was brilliant and trippy. Think Dr. Calgari meets Charles Dodgson. I worked there as a student guide and never tired of it. It was a playful series of chambers, completely thrilling to explore. Also included was a bit of trompe l'oeil painting, a strikingly believable "Hershey bar" and "sofa back" for a couple of examples. 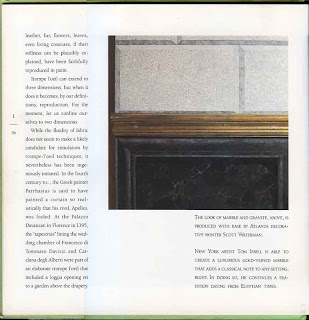 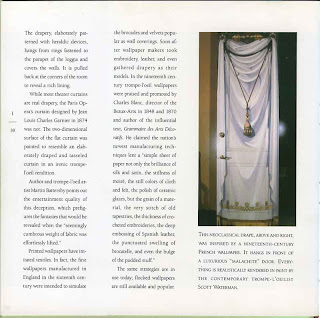 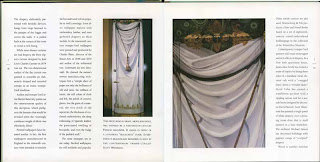 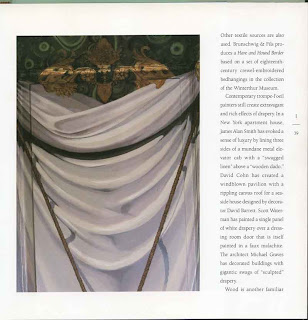 Apparently the idea was planted in my head and soon afterwards I was taking commissions to paint my own versions of fool the eye painting. By the end of the (8os) decade I was sort of "over" it but Karen S. Chambers very kindly included me in her book, Trompe L'Oeil At Home (1991) so my work in that genre/period is nicely documented. Karen flatters me with a visual comparison to Borromini and by using more examples of my work than any other artist in the book. Thanks Karen! 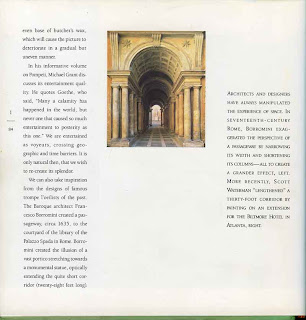 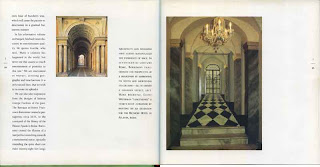 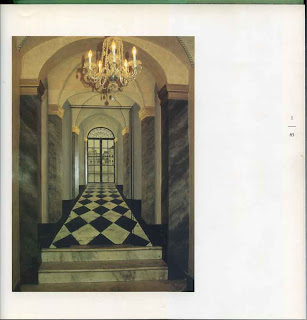 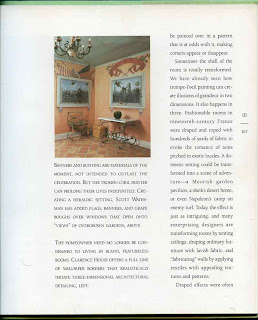 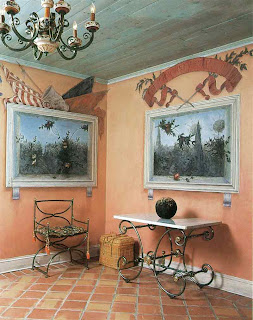 Commissions are one thing but would I ever use the technique in my own work? The first thing I thought of was a painting I did in 2001. It's from a series based on images in a little sketch/collage book of mine. Once upon a time my brother sent me a post card from , I think it's a little bronze in the . I stuck the card in my book and splashed a little blue watercolor above as a sort of Dada gesture. Years later I retrieved it and reinterpreted it as subject matter blown up.  My 2001 figure series was a mix of ultra flat and space popping images. The truth is I have no allegiance to any sort of technique or subject but teach myself what I want to know. 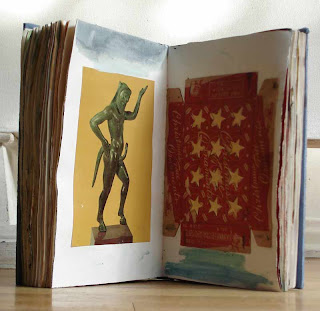 What do you know?
Posted by Scott Waterman at 4:26 PM