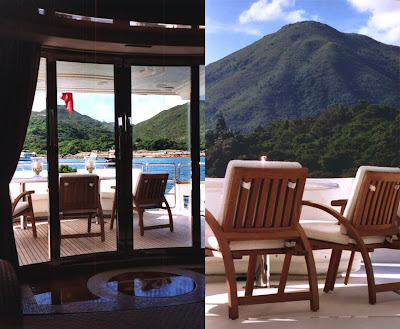 Over the years I worked on a great variety of decorative painting projects and art commissions for architects, interior designers, art consultants, and private individuals. Fortunately I've come up with a contract and method that's simple and adaptable to every sort of circumstance and project. Occasionally I'm put to the test by someone who seems to want to make things more complicated which was the case (initially) with my Hong Kong project.

All of the design consideration were between me, Pamela Babey , and other designers at BAMO but my contract was actually with a division of BSC in Hong Kong. After our slightly drawn out negotiations during which I somewhat anxiously stuck to my terms that they eventually agreed to I was a little shocked to find the BSC job site was composed of what looked like a rag tag group assembled from a Home Depot parking lot. Where was that fearsome multinational corporate mandarin I had met through faxes and emails?

In fact from the moment I touched down at Hong Kong International the BSC people could hardly have been nicer or more accommodating. They arranged my stay at the Park Lane , a room with a rather spectacular view, and throughout my visit only asked what else they could do for me. The ragtag group of workers at the job site turned out to be friendly, hardworking, and helpful as well. 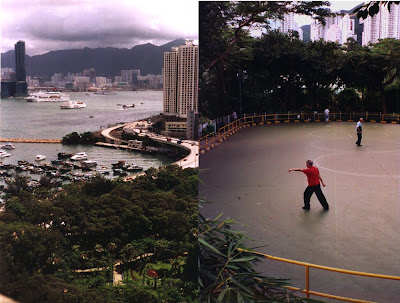 The owner of the home was a mystery to me. I hadn't heard much about him. I think I met him on my first day at the his house on The Peak . I had the chance to see him interact a bit with someone on site before he made his way over the introduce himself to me. I immediately sensed a Napoleon complex owning to his stature, strut, and authoritative voice. A couple of days later when he could see the room coming together in a very pleasing way he inviting me to join his family for a day of yachting. I was given my own cabin with en-suite bath, a drawer full of clothing including bathing suits for my use, a plush double bed, flat screen TV, and am I forgetting anything? I hardly spent much time in my cabin. There was sight seeing, wake boarding, island hopping, dining, and movie watching until late that night.

I also managed to wandered around Hong Kong by myself unfettered and alive. I was perfectly happy to get lost. It felt simultaneously safe and exciting. The Blade Runner visual cacophony felt comforting to me. My own personal work, my paintings, have that kind vibrancy so perhaps this is why I felt at home. Not to mention the fact I spent some time growing up in Florida: a good preparation for the heat and humidity in Hong Kong. 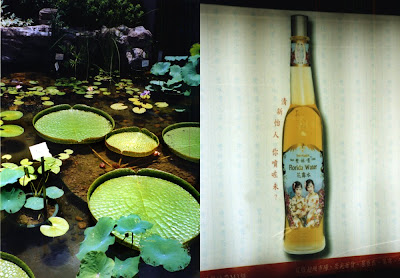 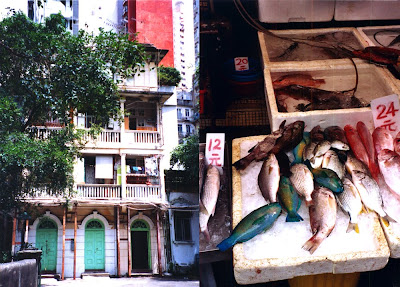 It's easy to understand why the owner would choose the side of Victoria Peak opposite the city to build his home since it is the quiet respite from frenetic city life. I didn't see it complete but the designers seemed to understand this need for a cool calm environment for it's reflected in their work. The selection of materials and fittings was rich yet understated. I could see this even in the raw state. The process of putting it all together fascinated me as well. The construction of the bamboo scaffolding was marvelous.

In selecting pictures for this post I couldn't bring myself to include any of the house's exterior. It's so mundane. BAMO had nothing to do with that. Too bad. I was taken with the neighbor's house, however, and shot it with my long lens. What colonial family dynasty lives there? I don't suppose I'll ever know. 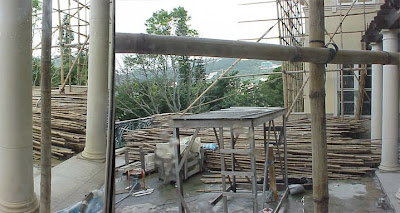 Posted by Scott Waterman at 6:52 PM