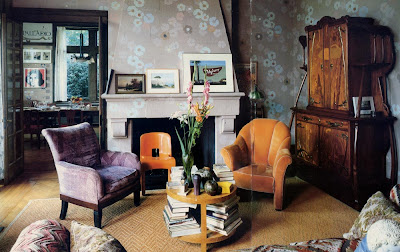 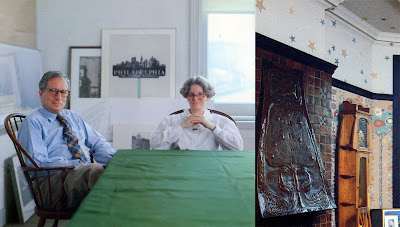 One of the most pronounced characteristics of postwar Modernism was its apathetic approach to interiors. ...unthinkable to earlier architects such as Frank Lloyd Wright and Charles Rennie Mackintosh who believed that the design of the building, inside and out, is an indivisible unity. 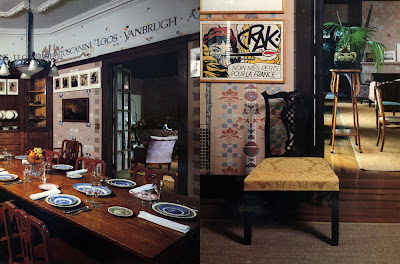 So writes Martin Filler in his 1984 HG piece on Robert Venturi and Denise Scott Brown. It's a revelatory article on Venturi and Brown, for me anyway. I knew of Venturi from the iconic house he did for his mother but beyond that little. At the time of the article Post Modernism in architecture was exploding and Venturi was getting a lot of attention for what he'd been saying for years. At the same time the whole decorative painting field was exploding as well. At least I was getting a lot of attention. If only I had clients as smart as Venturi and Brown who brilliantly layered seemingly disparate elements into a messy vitality! 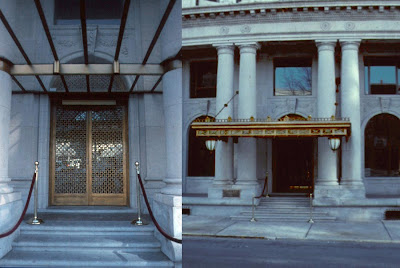 Even if I didn't have clients like the Venturis I did have some fantastic opportunities to paint on architecture. It began with a job working at the Fox Theater (restoration) in Atlanta, an Egyptian-Moorish theater palace. Directly after that I moved across the street to The Ponce , a 1913 Edwardian building that was restored after decades of abuse and neglect. Decorative painting was integral to those environments as it should be to interiors in my opinion. Whether you live in a cave or a modernist apartment there's a mural for you. The separate profession of interior designer grew out of the fabric industry so most interior designers are overly obsessed with fabrics I think. 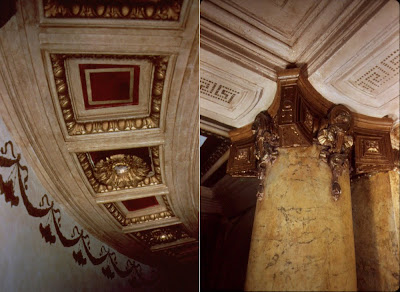 Around 1983 I began working with a couple who were building a house in Atlanta inspired by providential French designs. They called me when their house was hardly even a scribble on a napkin. Not a moment too soon really. They understood the importance my work as a decorative painter would be. I worked with them for more than a year going from room to room in their house. The children's play room on the second floor had a tray ceiling for which I designed a Viollet-le-Duc inspired motif. 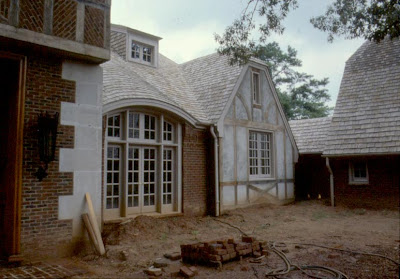 I was into Goth a little ahead of the curve. My Atlanta clients' place wasn't Gothic but Eugene Viollet-le-Duc is a central figure in Gothic Revival and he was my springboard. He and I share a birthday too for whatever it's worth. My last residence in Atlanta was just down the street from an architectural salvage place. Once I discovered it I went slightly nuts. There were so many pieces within my budget. A number of the pieces I bought were from a Gothic Revival church. Eventually all those antiques moved with me to San Francisco where I created an environment for them. 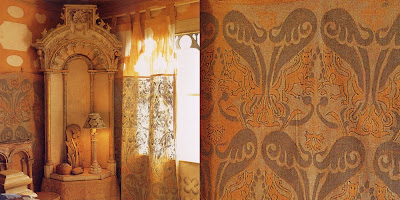 Since I didn't want to leave my work behind in my rental flat I painted on burlap and muslin. The textured fabric was more like a tapestry anyway which was the effect I was after. My apartment was my testing ground for so much painting. My place was published in a local design magazine just months after I moved in and several times over the years after that. I kept adding to or changing things so there was always another story to tell. And so it goes. On to the next blog post.
Posted by Scott Waterman at 8:31 AM