A number of events coincided in 2003. My parents celebrated their 50th wedding anniversary and the family met at a beach house on Folly Island near Charleston. That was nice, relaxing, and low key. I do remember enjoying it but it was a little bit of calm before the storm as I was in the midst of preparing to move from Oakland to Los Angeles. And I was in the middle of a commission destine for another island just a bit south. The commission was for four paintings for a wedding. Hey, is that a movie? 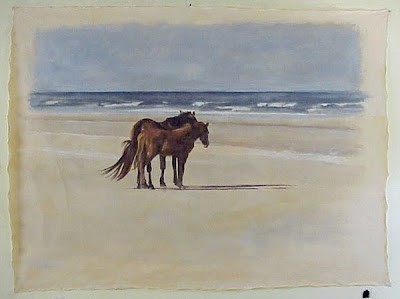 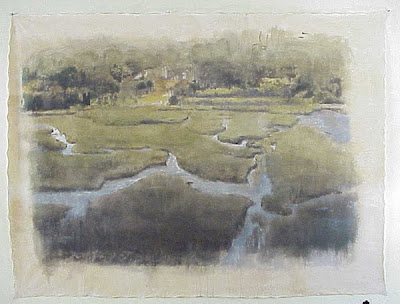 Back at my studio in Oakland I worked as long as I could on the paintings but my packing job was pressing so I packed up the partially completed work and got on with the move to the Isle of L.A. Moving ranks high as one of the most stressful events in your life. Cumberland Island is a nature preserved, calm and serene. I think I captured that in my work despite the circumstances. My four paintings were used to decorate a tent as part of a wedding taking place on Cumberland. Some years before a rather famous wedding took place on Cumberland Island. It must be a romantic place. Have you been? 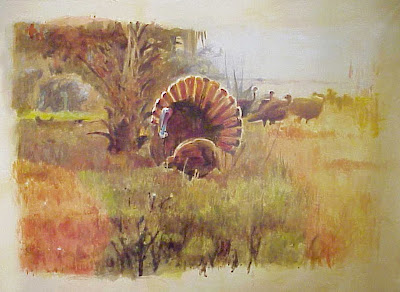 Posted by Scott Waterman at 8:09 AM