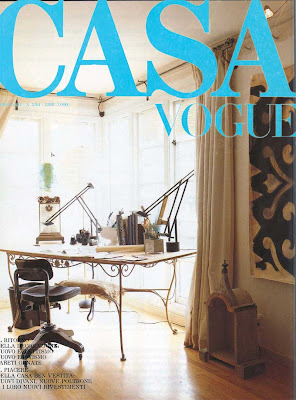 Have you ever wondered what they think of you in Italy? No? Me neither, but I got the chance to find out, I guess. I mean, I've been published a couple of times in Italian shelter magazines so I guess they told me what they thought of me. I haven't translated the articles in a while. You're welcome to go for it. Download my .pdf files and give me your best translation. I imagine it will turn out something like: “Me Talk Pretty One Day” or “Adorned The Wall” which is what you get from Il Muro Ornato with a free online translator. Il Muro Ornato is the title of the first article about me in Casa Vogue from October of 1991. 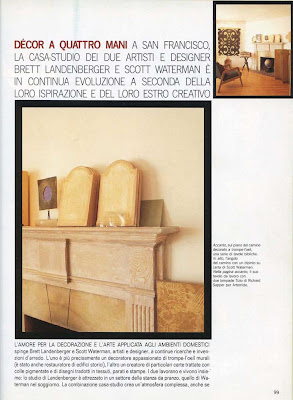 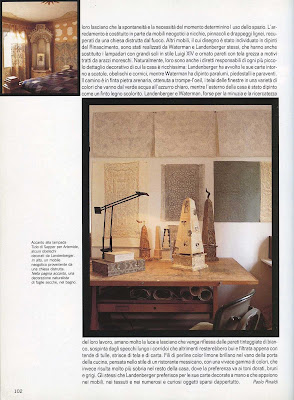 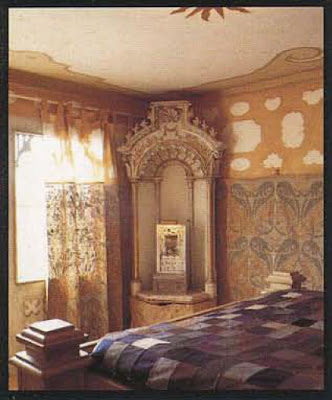 However, I've decided to reproduce here pages from the second article about my place in San Francisco that came out five years later: Casa Vogue, May 1995. What's interesting to me is that my blog is not the random ramblings I sometimes think it to be but instead a coherent message with a common thread. In my last post I showed pictures of the Pontormo figures I painted on a bed and you will note that the panels from that bed are sitting on my mantle, blank, and awaiting my touch. They're there on the page of Casa Vogue. Do you see them? 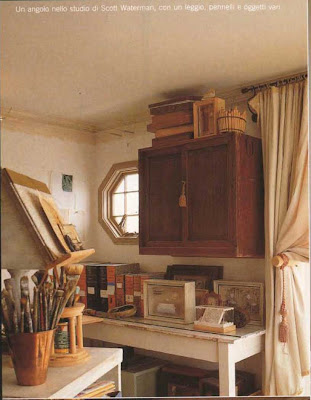 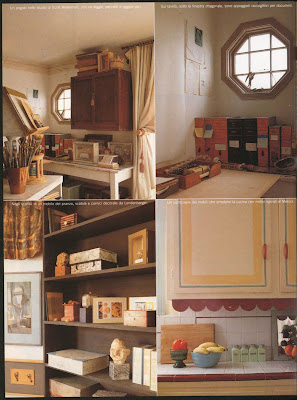 The other reason I thought to share these pages is because of Hollywood Forever Kevin. Do you know him? Check my comments! He really gets my work and I love his enthusiasm. So much so that I invited him over. Come see for yourself I told him. It's hard to believe that's my first meeting with a fellow L.A. Blogger. There are so many of them you'd think we'd be tripping over one another. Oh, no, that's wrong. I did meet Brooke Giannetti but that's before I was also a blogger myself. 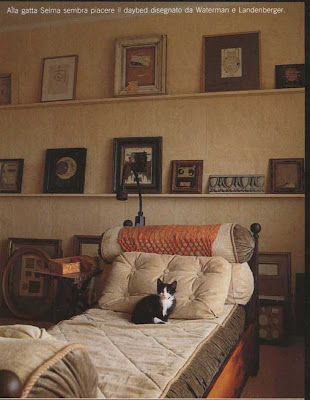 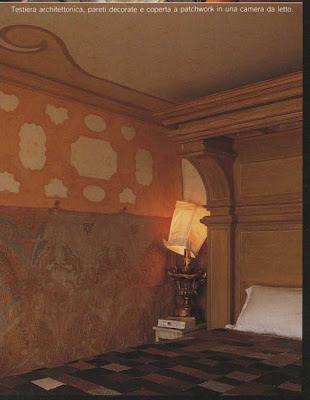 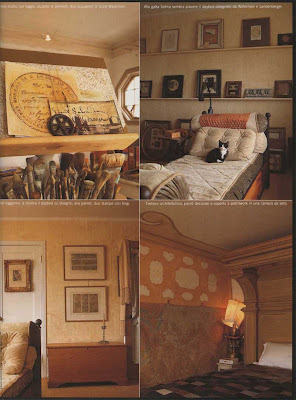 Anyway, back to Kevin. While Kevin was here he reminded me how much people love my giant leaf. “You haven't blogged about it?” he demanded, as if “Why not?!”. So I hereby present my gunera leaf, plucked from my cutting garden in the Sunset District of San Francisco and published in Casa Vogue. My cutting garden, some people call it Golden Gate Park. Golden Gate Park is one of the perks of living in the foggiest part of San Francisco and I really appreciated it! Now I invite you too to appreciate my adorned walls. They're long gone but preserved for history. 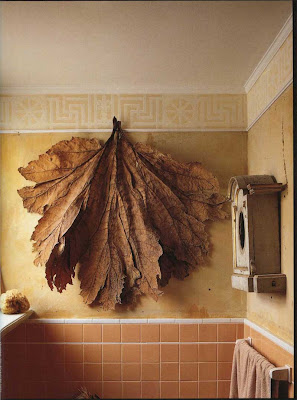 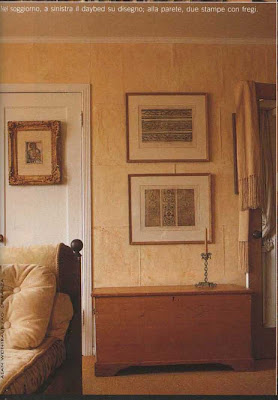 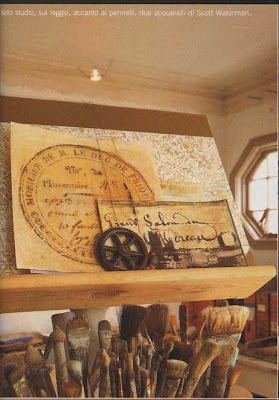 The marvelous doyenne of design Diane Dorrans Saeks brought the talented photog, Alan Weintraub, out to shoot my place for inclusion in her book San Francisco Interiors. Alan later sold the same images to Casa Vogue through his European agent. They repackaged the images for a magazine and see? That's how it all works.
Posted by Scott Waterman at 2:01 PM